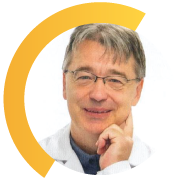 Professor Szabo is an internationally recognized physician-scientist who works in the fields of oxidative and nitrosative stress, gaseous transmitters, cell death, and sepsis. One of his core areas is the roles of the nuclear enzyme PARP in health and disease. Currently he serves as the Chair of Pharmacology at the University of Fribourg, Switzerland.

Dr. Estenssoro is the Medical Director of the Critical Care Unit of the Hospital Interzonal de Agudos San Martin de La Plata, Buenos Aires, in Argentina. Her main focus of research involves clinical epidemiology of ARDS, sepsis and septic shock, chronic critical illness, obstetric critical care and, generally, outcomes research in the ICU. Dr. Estenssoro was President of the Argentinian Society of Intensive Care Medicine (SATI). She has served in the Critical Care Assembly of the American Thoracic Society as Chair of the International Affairs Committee, and serves as member of the Program Committee since 2010. Dr. Estenssoro has taught in the Latin-American Section of the course Methods in Epidemiology and Operations Research (MECOR), from the American Thoracic Society. She’s now member of the Executive Council of the World Federation of Societies of Critical and Intensive Care Medicine. 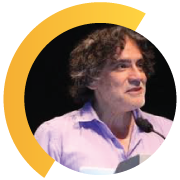 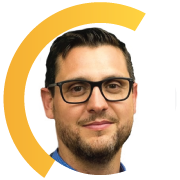 Ignacio Martin-Loeches is a full time Consultant in Intensive Care Medicine, Senior Clinical Lecturer at Trinity College (Ireland) and Associate Professor with Tenure at Universidad de Barcelona (Spain).  He has served as Deputy for the Sepsis and Infection Section and currently Chair for CoBaTrICE for ESICM and steering committee for the Surviving sepsis Campaign  and elected Secretary of the Acute Critical Care at European Respiratory Society. He is an Elected Executive Council member of WFSICCM and Global and European Sepsis Alliance and section Editor at the ICM journal. 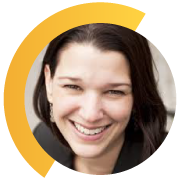 Dr. Evans is an associate professor at the University of Washington and the Director fo Critical Care at the UW Medical Center.   Her interests focus on patient safety and quality improvement, particularly sepsis as well as preparedness for high consequence infectious diseases. 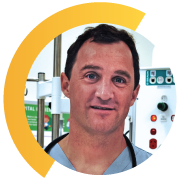 Luregn Schlapbach is Associate Professor at the University of Queensland and Senior Staff Specialist in the 36-bed multidisciplinary PICU at Queensland Children`s Hospital in Brisbane, Australia. He is the the medical lead of the Paediatric Critical Care Research Group (PCCRG) at the Child Health Research Centre. He holds a NHMRC Practitioner Fellowship on Sepsis, Infection, and Inflammation in Critically Ill Children and is current Chair of the ANZICS Paediatric Study Group. Luregn is group head on the Pediatric Surviving Sepsis Campaign, Co-Chair of the international Paediatric Sepsis Definition Taskforce, and the paediatric lead for the Queensland Sepsis Collaborative. He has been leading observational, genomic, and interventional pediatric sepsis studies and is involved in international consortia on life-threatening childhood infections. Luregn is in the steering board of several NHMRC funded paediatric interventional trials.

Luregn`s research has focused on sepsis and life-threatening infections in critically ill neonates and children, including aspects such as epidemiology, sepsis markers, outcomes and genomics in this highly vulnerable patient group. He is interested in improving our understanding of why some children become critically unwell because of infections, and in developing better approaches to allow early recognition and targeted treatment of sepsis and severe infections in children. 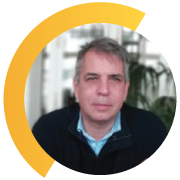 After his training in Neurology and Intensive Care Medicine in Paris, he completed a PhD at the Imperial College of London. He is  Professor of Intensive Care Medicine at the Paris Descartes University. and head of  the Neuro-intensive Care Unit at the accademic Sainte-Anne Hospital. He is a  member of the Laboratory of Experimental Neuropathology at the Intsitut Pasteur (Paris). His clinical research topics are brain dysfunction in critical ill patients, sepsis associated encephalopathy, critical illness neuromyopathy and  myasthénia gravis. Hs basic science research tis pharmocological modulation of sepsis-activated microglial cells and neuro-circuitry of sepsis-induced Post-Traumatic Stress Syndrome.  He is co-organizer of Neuroscience in Intensive Care International Symposium (NICIS) and post-graduate courses on NeuroCritical Care Medicine.